Last two weeks of training went something like this:

Two weeks to go:
Ran a few times pretty easy, played tag with my cross country team (for an hour and a half!), "long" run of 13 miles (around 45 miles total)

One week to go:
Ran a few times really easy, two miles at marathon pace on Thursday, 4 miles easy on Saturday... and the marathon (16 miles before the race plus 26, 42 total)

I was so busy with work that I didn't make it a priority to post anything.. plus there wasn't much to report since we were tapering anyway. The biggest struggle for me was that last week. I didn't wear a watch at all because I was forcing myself to run slowly... I just didn't want to know my pace. I also had a hard time with the whole carbo-loading thing, but I sucked it up and did it anyway. Three days of almost no running and what felt like constanty eating. I thought I would enjoy it a little more but nope.

So.. the race. I really couldn't be more happy with how it went. I was really worried because we found out it was going to be a high of 82, and it was going to be a challenge to stay hydrated. After the first two water stops I actually stopped to take a few cups of water and I walked through them to make sure I got enough fluids. I stopped a few other times to take orange slices and gels and say a few word to my family (my fans). I noticed that I quickly caught up to the people I was running with before the water stop. Eventually I would catch up to the people I was running with and pass them. There was a water stop every two miles, and I was completely focused on my water stop strategy for the entire race.

I went through a bad patch from miles 11-13, and I was starting to worry because my race plan was not quite working out the way I had hoped. I was supposed to average 7:00 for the first 8 miles, then drop it down to 6:50 until mile 18, then run 6:40s for the last 8.2 miles. My pacing was pretty erratic all the way up until the halfway point, although I ended up coming through in 1:31 and some change which was on pace. After the next water stop I decided to stick with my 6:50- 7:00 pace until I felt better. Fortunately I worked though it and was able to pick it up on a downhill section. I started passing TONS of people. I was constantly picking off people from miles 14-16 toward the end of the Mohawk River trail. When I came out of the trail into the city of Cohoes around mile 16 one of the race officials told me I was in sixth, which was a surprise to me. When I looked ahead I saw two women in the distance and I got really pumped. I ended up running a 6:30 mile, followed by a 6:40 and picked off a bunch more people. I went through a few brief points where I got worried I was going to hit the wall, but I powered through it. My last mile was a 7:14 and I sprinted the last .2 miles. Only two people passed me in the entire second half even though I technically slowed down to a 1:34 half.

So, yeah I wish I had broken 3:00, but I'm happy to have stood on the podium in my first marathon. I'm also really excited to run another one. I wish I could run one again this weekend! But of course, we have to be smart and take a little down time and start training again for a spring marathon. We decided to run the full marathon at Shamrock instead of the half marathon... so stay tuned for Keep it Simple Part Deux!
Posted by Mollie DeFrancesco Turner at 4:46 PM 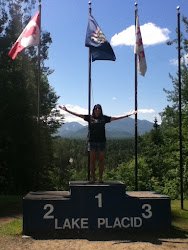 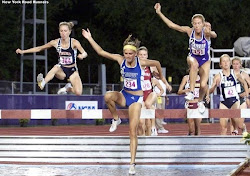